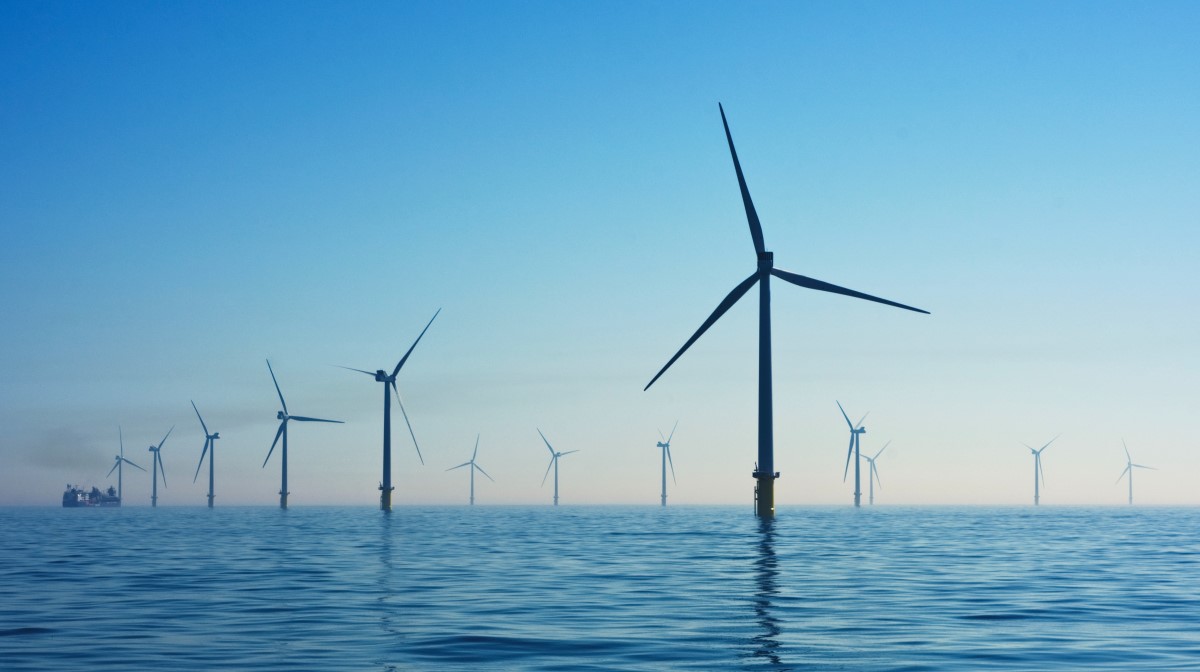 For financial professionals only

Tackling climate change has become a priority for companies, as they look to reduce their carbon emissions and keep global warming within 1.5 degrees of pre-industrial levels. Over 2,000 businesses have now set emissions reduction targets, according to the Science Based Targets Initiative. But many businesses are missing a trick by not considering climate change and diversity together. Research shows that women have underappreciated powers to fight climate change.

The results of a recent study suggest that women are often more open than men to help tackle climate change (1):

However, the powerful impact of women fighting climate change isn’t being fully felt. Women are underrepresented in governments and on company boards, especially in high-emitting sectors such as oil & gas, metals & mining, manufacturing, agriculture, transport and construction. And interviews with 20 companies in the study found that there was little awareness of how gender diversity and climate ambitions can interact.

Another study looked at the 159 highest-emitting companies, estimated to account for over 80% of global industrial carbon emissions (2). It found that companies with better board gender diversity made better progress tackling climate change across various indicators. This is shown in the chart below. 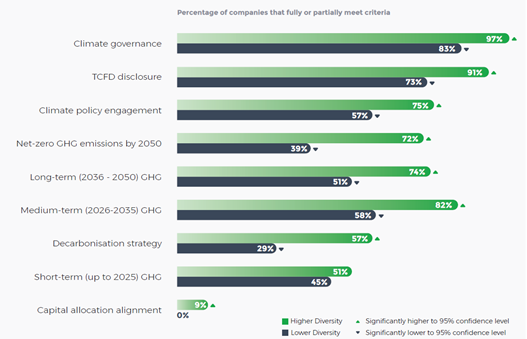 Interestingly, the study also showed a positive relationship between climate progress and companies with younger leadership and a median age of board directors under 60 years old. This suggests diversity of age is also important when it comes to tackling climate change.

A third study which included directors of US publicly listed companies found that women were more likely than men to think that climate change should be considered when forming business strategy (3). Women were also more likely to think ESG factors should be part of risk management discussions and were more supportive of executive compensation plans linked to climate goals. 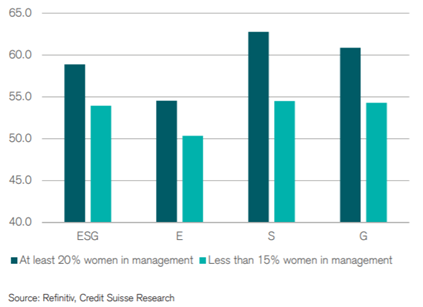 Why’s this important for investors?

Climate change and diversity are both important issues for investors, particularly those wanting to be confident they are investing in a sustainable way.

We assess both of these factors as part of our ongoing due diligence of funds across our core PIM solutions, as well as considering broader ESG issues like voting and engagement activity.

This can be seen in a couple of projects:

ESG issues are often interconnected, so it’s important to take a holistic approach to assessing different ESG factors in fund due diligence rather than focusing on isolated issues.  If you’d like to find out more about this, please get in touch.

This article is for financial professionals only. Any information contained within is of a general nature and should not be construed as a form of personal recommendation or financial advice. Nor is the information to be considered an offer or solicitation to deal in any financial instrument or to engage in any investment service or activity. Parmenion accepts no duty of care or liability for loss arising from any person acting, or refraining from acting, as a result of any information contained within this article. All investment carries risk. The value of investments, and the income from them, can go down as well as up and investors may get back less than they put in. Past performance is not a reliable indicator of future returns.

Speak to us and find out how we can help your business thrive.